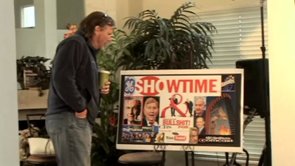 PharmaWhores The Showtime Sting of Penn and Teller Trailer;enr
MURDER & LIBEL CONSPIRACY EXPOSED IN INTERNATIONAL TERRORISM & ASSASSINATIONS RING
1) Dr. Horowitz was the first researcher, internationally, to decree the World Health Organization’s pharmaceutical fraud from the start of the 2009 H1N1 Swine Flu fright.
2) News that the European newspapers are just now (August, 13, 2010) coming to terms with this fact coincides with an investigation into the murders of journalists Edward Harle (Pen name, Christopher Story) and Don Harkins, in the UK and USA, respectively, by Dr. Horowitz and journalist Sherri Kane.
3) Horowitz and Kane have learned that independent journalists and whistleblowers are increasingly being reported murdered and libeled (discredited) in an apparent conspiracy targeting leaders in the alternative medicine (anti-vaccination), patriot, activist, communities.
4) The latest murder is the world’s most esteemed financial industries analyst and whistleblower, Edward Harle.
5) Harle’s last writing was forged by Benjamin Fulford, who threatened Harle’s life, and then doctored Harle’s “last report” to make it seem like the “Knights of Malta” assassinated Harle.
6) Key on that forged and doctored list is Dr. Horowitz, the Editor-in-Chief of Medical Veritas Journal.
7) An investigation into how Horowitz’s name got on that list reveals an organized conspiracy involving white supremacist agent provocateurs engaged in libeling and discrediting him and numerous other leaders in alternative medicine, the patriot movement, 9-11 truth movement, conspiracy movement, and whistle-blowing communities.
8) Further investigations revealed the white supremacist Bible Believers group, founded by alleged Church of Satin members, appears linked through a Jewish philanthropist, to the 9-11 terrorist attacks and the liquidation of stocks and accounts by indicted Muslim terrorist suspect, Amir “Tony” Elgindy.
9) The investigation is ongoing at this time, and threats and libel against Dr. Horowitz are increasing, as they are against lead investigative journalist, Sherri Kane.
10) Editors and Journalists worldwide are requested to investigate this matter urgently, to aid fellow journalists working to protect human rights and freedom of the press.
Personal message from Dr. Horowitz:
“If you wonder what happened to “peace on earth and goodwill toward men” here is a simple summary.
A long time ago wealthy, powerful, evil people invested in ways to keep their family’s riches. They developed a plan to weaken people with fear, confusion, and spiritual suppression. This way, people would not revolt and overthrow them.
These people started banks that loaned money to every government and religious organization. The bankers hired bad men, criminal infiltrators, to provoke wars between nations and religious groups. To protect themselves and their people, the nations and religions borrowed more money from the bankers to pay for weapons. This pleased the bankers, and increased their wealth and power.
Soon, the bankers took control over governments, and even the world’s great religions.
They took control over the media, too.
They used their “bad news” presses and networks to frighten people with propaganda. This is how they pinned people, from various nations and religions, against each other.
So successful have they been, justified by their terrorists, agent provocateurs, and propaganda, their governments and religions now use fear to get We The People to give them more money to fight more wars, and make more money.
They are now gearing up to invade Iran following this “crisis capitalist” agenda, prompting WWIII with Russia and China against the “Allies.”
At this time too, they are rapidly advancing biochemical warfare against We The People for population reduction because many of us are awakening rapidly to their evil antics—chemical (e.g., chemtrails and polluted water) intoxications coupled with biolab creations spread by poisonous vaccinations.
This is the reason why my work in health science, consumer health protection, and humanitarian activism, is now under attack; why I have been framed in the murder of journalist Edward Harle, and falsely alleged to be Knights of Malta member linked by CIA operatives to Harle’s murder.”
Leonard G. Horowitz
August 16, 2010, USA
Thank you for watching this YouTube SPECIAL REPORT, PART 1: PharmaWHO Swine Flu Fraud and Journalists’ Murders.
Please forward this urgent information through your networks of friends and loved ones.
Message for Dr. Horowitz’s libelers:
John 8:7 Let he with no sin cast the first stone.
Matt. 7:1 “Do not judge, or you too will be judged.”
PharmaWhores.com
Love528.com
i528tunes.com
InceptionMovieExplained.com
HealthyWorldAffiliates.com/1
DrLenHorowitz.com
SherriKane.com
MedicalVeritas.org
FluScam.com
HealthyWorldStore.com
TrueOtt.com
PaulSullaFraud.com
CureShoppe.com
528OrgoneGenerators.com
OxySilver.com
LiquidDentist.net
PrimoLife.net
ZeoLife.net
youtube.com/user/DrLenHorowitz
livestream.com/thelovechanneltelevision
justfindthetruth.blogspot.com/
LoveMinerals.com
LiveH2o.org
InLiesWeTrust.com
SilverSolFraud.com
LoveCodeSeminar.com
HealthyWorldSolutions.com
Love528Bar.com
TheBookOf528.com
HeavenlyKingdom.net
BreathOfTheEarth.net
TheWaterResonator.com
528Rejuvenate.com