AIDS Origin and the Doctors of Death: Historic Interview with Dr. Alan Cantwell and Dr. Leonard Horowitz by Sherri Kane

The mystery of HIV/AIDS’s source has been solved by new vaccine analyses confirming widespread fears in health science that early hepatitis B vaccines initially given to gay men in New York City and Black sex workers in Central Africa spread the deadly plague, according to doctors Leonard G. Horowitz and Alan Cantwell in an historic interview by journalist Sherri Kane freely viewed online.

“AIDS has killed 40 million people worldwide, and currently infects another 40 million who are relying on costly drugs for their lives,” reports Dr. Cantwell, a cancer microbiologist, dermatologist, and author of several books providing decades of research into now known tainted hepatitis B vaccines.

“Several ‘smoking guns’ should cause the scientific community and public to balk over claims of vaccine safety, fueling ‘vaccine hesitancy,’” explained Horowitz. “The fact that the corporate-controlled media always censors and attacks vaccine-critics further evidences devil-doing that began at Litton Bionetics—the company that supplied the chimpanzees and mutated cancer viruses to the Merck hepatitis B vaccine-maker during the most suspect Special Virus Cancer Program.”

Medical Veritas Vice President, Sherri Kane, feels honored to have spawned the hour-long ‘historic record.’ “Doctors Cantwell and Horowitz are two of only six medical scholars internationally who independently investigated and concluded AIDS was genetically-engineered and vaccine vectored,” Kane said. “This segment serves our common ‘public duty’ to protect lives and prevent future outbreaks. If we don’t come to terms with these doctors’ revelations, then vaccine safety can never be trusted, including advancing vaccines for AIDS and Ebola.”
-End- 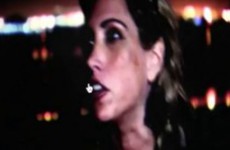 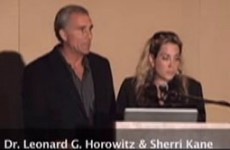 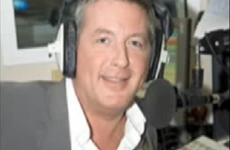